One of my earliest abstract paintings

This is the only image I have of it.

Dimensions: 92x62cm.
Painted: 2002.
Materials: Acrylic and enamel on MDF board.
Availability: This painting is in a private collection.

The story behind Alien Landscape 1

Early in 2003, late on a Saturday night, after smoking a lot of cannabis, I had a small spaceship land in my backyard. A fuchsia-colored disc with a central bulge – about five meters in diameter, was descending from the sky, accompanied by a strange cacophony of noise; a collection of whistles, whooshes, and pops.

When it landed, a door popped open and out sprang a little alien that looked like a cross between a walrus and a parrot. That’s the only way to describe it. The funny-looking alien spoke perfect English – “Hey Bert, do you want to see something cool?” The answer was “Yes,” and I boarded the space ship.

The spaceship flew to the creatures home planet and entered an orbit where I was treated to the most spectacular view of the colorful planetary surface. I was provided with some art supplies and asked to paint what I saw. The process took some time – it was either hours, days, or weeks – I couldn’t be sure. A time came when the alien stood by my side and examined the painting for a while. “That’s just perfect,” the creature announced, “you’re a bloody good painter!”

Without saying any more, the alien headed for the spaceship controls and set a course for the planet Earth. 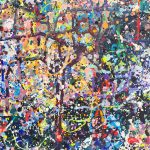 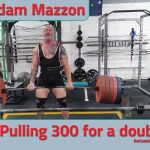 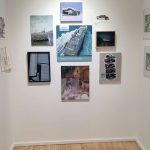 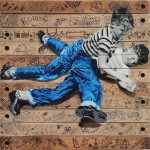